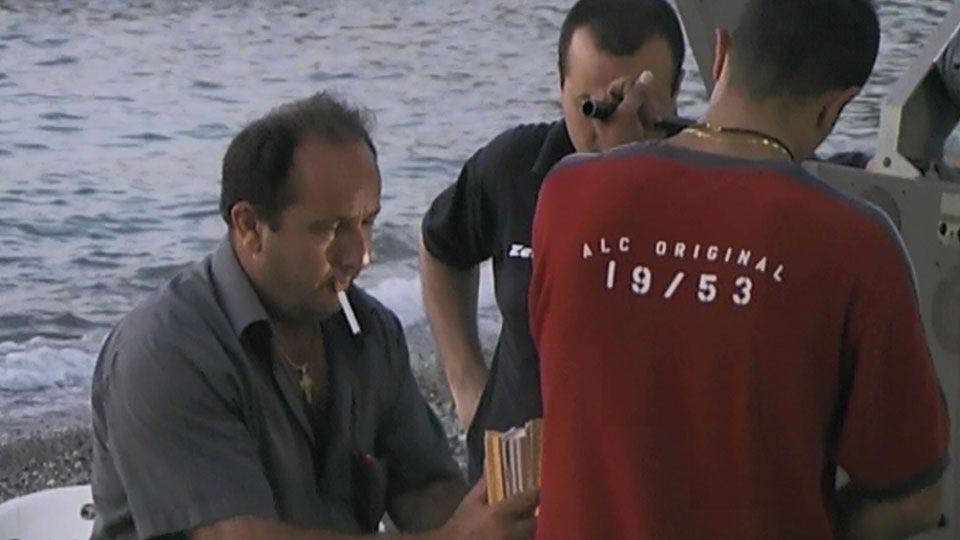 From 1997, during summer, a van equipped to screen movies in 35 mm goes around the small councils of the Neapolitan area and stops every night to screen movies of the new season for free to the local audiences in th open air. This project is financed by the Local Province Administration and is organized by the cultural association Arci Movie that works for enhancement of culture  in the suburban areas.
During summer 2002 we  followed the Peppe’s journey, the man who drive the van and screen the films, meeting places and people that told us about these areas of Campania. Almost every night a different place, but all very similar. In the backgroung the Vesuvius, huge and blue at the sunset, and sometimes the Mediterranean light that makes forget the usual decay.
When Peppe starts building his portable movie theatre, there in a new animation in the monotonous nights of the small towns. Little squares, courtyard and beaches animate. The community finds itsself.  Here are old and true faces of people who don’t usually go out anymore, attached to the television, here are the kids that don’t know what is a film on the big screen, here are women who remember cinema s the place where to go with their boyfriend and make love.