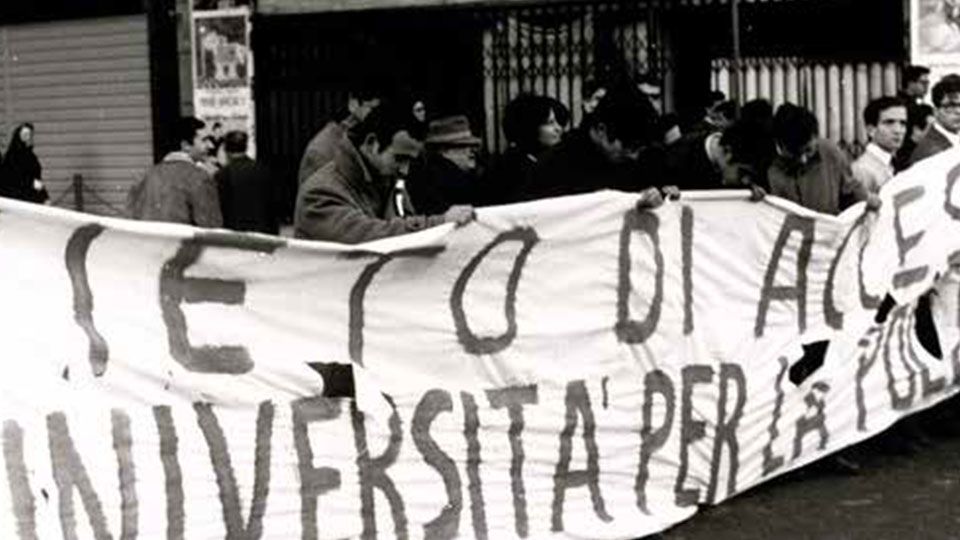 A documentary film about sixty-eight in Naples, combining the reconstruction of student agitations with that of workers’ claims and struggles for the right of the inhabitants of the poor neighborhoods. Investigate, through the images and the voices of the protagonists,the forms in which the unprecedented convergence between different social sectors was realized, but also the unexpressed potential of that meeting and the consequences on the future of the city of that missed an opportunity.